It’s ancient advice for earning wealth. And I use the term “wealth” very loosely. Financial gain.

It’s effective advice for accomplishing most things. Just about anything.

A definite plan. A burning desire.

“Anybody can wish for riches, and most people do, but only a few know that a definite plan, plus a burning desire for wealth, are the only dependable means of accumulating wealth.”

Napoleon Hill wrote that in his classic book, Think And Grow Rich. But it wasn’t an original thought. It was a creative wording of an old truth. A definite plan answers the big question, “How?” A burning desire answers the other big question, “Why?”

People can wrangle about which one should come first, but I won’t waste your time with that debate. Instead, let me encourage you to lean into both of these. And I also want to encourage you to help your associates lean into it, too.

I’ve heard the idea that the super successful don’t fret about HOW. They focus on WHO. Rubbish. Everybody focuses on HOW. And for good reason. It helps us move forward. It helps reduce anxiety. It gives us confidence. On and on go the value of having a definite plan.

That doesn’t mean that a definite plan is foolproof because there’s no such thing. Every plan can be fooled. Most will be.

In addition to HOW a definite plan provides DIRECTION. It helps clarify things. And that, kids, builds confidence.

Every successful business leader finds a path toward higher confidence. Not just for themselves, but for the entire team. It’s best accomplished with a definite plan. One the troops can and do believe in. And that usually comes from the conviction or belief of the leader. Enter burning desire.

If you have the strongest desire to achieve something and that desire has provoked you to devise a plan you believe in just as strongly – hence the description, “definite plan” – then you’re building a high-performance culture.

People often talk about not having a plan B. Then there’s that old garage idea of “burning the boats.” it all sounds reasonably wise, but in the real world it fails miserably. The corporate landscape is littered with insanely profitable companies who operate using plan B, or C or K. Far more than those who have a winning plan A.

For good reason. Learning. Improvement. Growth. Smart and wise leaders can devise a plan in which they have strong confidence. That doesn’t mean they’re infallible. Or that the plan is sure to work. It DOES mean the plan is based on evidence. A definite plan isn’t some last-minute trumped-up affair. It’s been thought through. There’s been deliberate conversation and debate employed to help devise the plan. Leadership believes this is the best method of achieving the next level of success.

Now it’s time to unleash burning desire. The plan alone isn’t good enough. Ever. Plans are only as good as the execution. And execution is heavily influenced by preparation. Preparation is fueled by desire. So don’t minimize how hot the desire needs to be. As a leader, how can you heat it up? Busy yourself fueling it hotter and hotter. That’ll drive people to more fully prepare…which will lead to improved odds at great execution.

How can we create a definite plan? I’ve already hinted at it. It’s something you’re not going to do alone. Leveraging the power of others includes the 5 C’s I talk about often: compassion, connection, communication, collaboration and culture. That last one is largely an outgrowth of the prior four. They all play a role. 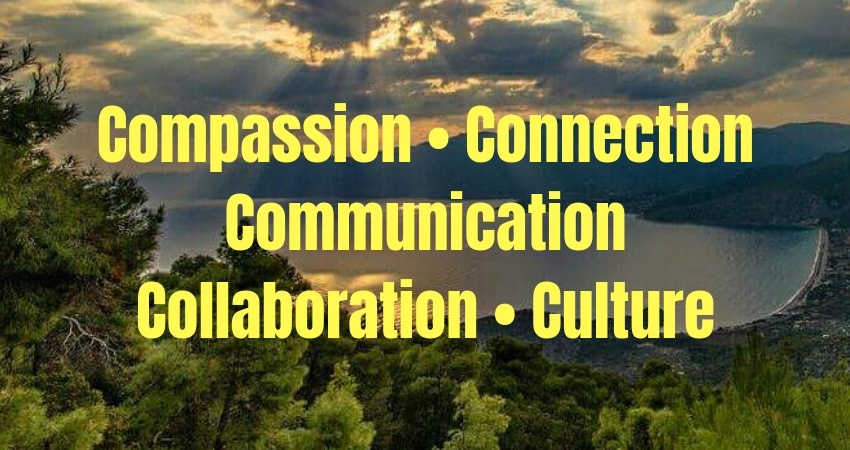 Compassion drives you to understand differing viewpoints. You’re able to extend enough grace to people to listen for understanding. And you’re going to avoid shutting people down by imposing on them your preconceived ideas.

Connection motivates you to find common ground with the team. That connection creates rapport which improves how well (effectively) you can work together. Without it, communication won’t be as effective. Or as clear.

Communication is our ability to properly convey what we’re thinking and feeling. When the environment is unsafe, communication suffers. But let’s be fair — unsafe environments occur when compassion and connection are lacking. Which is why I put them both upfront.

When it’s all done well, the culture is built fostering more and more of all the C’s. It’s one reason great cultures are so difficult to build. And it’s why great cultures tend to keep growing great. We love being part of systems that work so well. It energizes us.

That energy is our burning desire. It’s like enthusiasm. It’s contagious. And it grows. Especially when leadership is intent on feeding the beast continuously.

You play a pivotal role, but it’s not about you. It’s about the definite plan you help your team craft and it’s about the energy you give to provide a burning desire. Do it well and you’ll achieve and accumulate wealth in a variety of forms within your company.