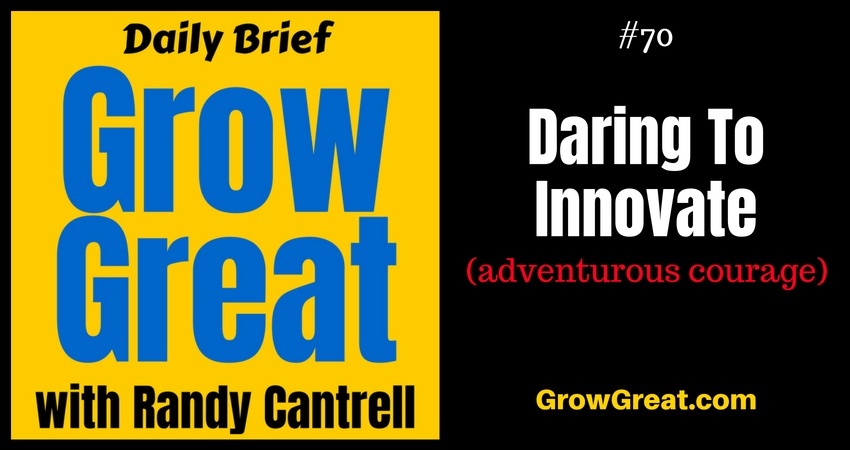 Is it really daring to innovate? Absolutely.

The yellow line is a Hall of Fame level sports broadcasting innovation.

The digitally imposed first-down marker developed by Sportvision and launched on ESPN in 1998 changed the way fans watch football and has inspired a host of digital enhancements to improve the home viewing experience.

In the tradition of the yellow line, NBC launched the “green zone” during its “Sunday Night Football” broadcast featuring the Dallas Cowboys and Arizona Cardinals.

This did not go over well.

The issue here is that the green zone is pointless. NBC digitally alters the field a darker shade of green between the line of scrimmage and first-down marker, showing fans how far the ball needs advanced to achieve a first down.

It’s a cool idea if the yellow line didn’t already do that exact job, only better.

Twitter users were quick to point this out and mocked the “green zone” without mercy. (the article showed many Tweets by critical viewers)

Networks are constantly looking to find new innovations to improve the viewer experience. This attempt seems bound for the trash heap.

And this ladies and gentlemen is why quite a few business owners don’t innovate. Fear they’ll fail. And be mocked. Ridiculed. Embarrassed.

No, I’ve never had a CEO or business owner (except those in the public relations arena or some other strategic communication’s space) admit it, but we all know it’s true.

We’re not a major network like NBC. Our small business may lack a reach beyond our local market or region. No matter. We’re all afraid.

Daring is defined as “adventurous courage.”

Innovate is defined as “make changes in something established, especially by introducing new methods, ideas, or products.”

You might think all innovation requires a degree of daring, but I don’t think so. Some industries foster innovation. They’re unabashed in their quest for it. Computer science comes to mind.

Is there any phrase more trite than “outside the box?” As much as we say it, or hear it, you’d think it’d be easier.

Years ago I seem to remember a cartoon, maybe a Far Side cartoon. I miss the Far Side! It depicted some cavemen walking on all fours, but one of them stood up, presumably man’s first attempt to walk upright. The others mocked him and told him to stop it, he’d hurt himself. So it goes with innovation. We risk ridicule from our peers. Or in the case of NBC, the viewing audience. The world.

And we sometimes wonder why people and companies hesitate to try to grow, improve, transform…or innovate. Those same folks jumping on NBC for trying the “green zone” may likely also Tweet about the importance of creativity and innovation. But hypocrisy is a good topic for another day.

Daring is fun. And contagious.

Routine is hum-drum. Complacency is, too. “Hey, let’s don’t ever improve, OK?” Hardly the battle cry of the highest achievers. It may well be the mindset of CEOs, business owners and companies who are stuck. Too fearful about all sorts of things, and more willing to stay comfortable…so many people don’t achieve more when it could be so easy to do it.

I co-host a podcast with Leo Bottary called WHAT ANYONE CAN DO. The podcast is themed after Leo’s book, being released next week, “What Anyone Can Do: How Surrounding Yourself with the Right People Will Drive Change, Opportunity, and Personal Growth.” Leo took the title from a running coach who once observed that high achievers mostly do what anyone could do. The difference is, they’re willing to do things most people won’t. Don’t we all intuitively know that’s true, even if we don’t behave like it? The word is COURAGE. Most of us lack courage. Particularly the courage to stand out, show off, be different, achieve more.

Courage begets more courage. Just another benefit of having a daring culture.

Something tells me that last night some executive at NBC (probably a few of them) hit the panic button after seeing the negative Twitter comments on the “green zone” innovation. Text messages and emails were likely firing left and right while the game was still being televised. Monday morning there were likely many meetings about it. It’ll be interesting to see what NBC decides to do. Let’s see how much courage they have to see if their daring innovation has legs or not. Is a single telecast a good enough sample size? What would you do if you were NBC?

Environments and cultures that foster creativity, innovation, and daring have a bravery that can withstand criticism. Part of the problem may stem from the constant barrage of business advice that tells us to ask our customers what they want, then give it to them. It sounds wise, but is it?

Most everything we enjoy every day wouldn’t exist if the companies we support had followed that advice. Daring to innovate. Daring innovation. They’re not restricted by merely considering what people are asking for. Before that yellow first down line innovation on televised football games, I never remember hearing people say, “I wish we could see where the first down line is.” Somebody would have likely said, “Yeah, that’s what that first down marker is for, you idiot.”

The Sony Walkman was an innovative gamechanger. Nobody was asking for it, but when Sony delivered, boy were we happy about it! Same with the CD, the DVD, the Apple iPod, seatbelts, car headrests and thousands (maybe millions) of other things.

In decades of operating businesses, I’ve never seen a group of people fail to be fired up to think about what might be. Every time I’ve seen people energized to do the best work of their lives, it was when they were challenged to do something that hadn’t been done. 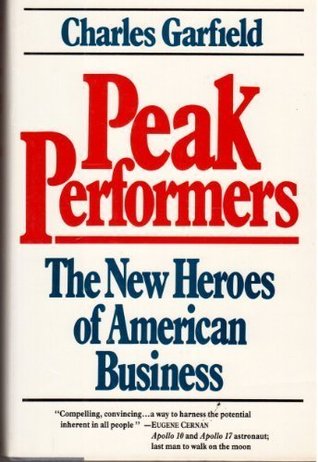 In 1986 Charles A. Garfield published a book entitled, Peak Performers: The New Heroes of American Business. I was a big fan of his work and leaned on it heavily at the time. It helped form some of my foundational philosophies in helping people achieve higher performance. Garfield talked about the early NASA years and President Kennedy’s challenge to put a man on the moon before the decade of the 60’s ended. The NASA engineers were quite young. Nobody had ever gone to the moon before, much less put a man there. And returned him home again. It continues to be a bar setting daring innovation even today in 2018. Many of those people have held to the declarations they made as young people, “It was the best work of their lives.”

I know. You’re thinking, “Well, of course. They put a man on the moon.” But look at your own daring innovations. What stands out for you?

It’s not going to be anything ordinary. It’s going to be the remarkable, extraordinary things. The things that were anything, but mundane. You may even be drawn to think of things you attempted, but failed at. Big things you tried and even if they didn’t work, you learned things you’d have never learned otherwise.

What do you remember about your childhood? Think about it.

You certainly remember doing ordinary things. They’re not specific memories necessarily, but you remember playing baseball, hanging out with friends, and whatever else you did as a kid.

Now, think about the specific memories you have. What are they?

I remember the time a bunch of us built a cart to ride down a big hill. I remember us going into the piney woods, building a fort that took a week. I remember us climbing up in a tree and building a treehouse. I remember saving my money to buy my first 10-speed bicycle. These weren’t daily, ordinary things. They were memorable because they were special, if not spectacular.

It’s true for kids. It’s true for CEOs and business owners. It’s true for the people who work with us, too. We’re all chasing dreams of doing something extraordinary. Yet, we’re too frequently paralyzed to try for fear we’ll fail. I’m not sure the failure is the thing we dread. It’s what comes with failure. Or better yet, it’s what we THINK may come with failure. Ridicule. Embarrassment.

Here’s the fact. In spite of the fact that millions may have been watching NBC’s game on Sunday night, and seeing the curtain unveiled on that “green zone” innovation…today is Tuesday and it’s been largely forgotten already. And it’s not going to cause people to not watch if their favorite team is playing. What about the Tweets and ridicule? What about the criticism? So what?

You’re not NBC. People aren’t paying attention to everything you may try. Your daring innovation may go unnoticed to the outside world until they take notice. But the fuel provided to you and your organization, and the ultimate benefit to your business is undeniable.

If chronic courage is the only outcome, that alone is worth the price. Be bold. Be courageous. Two lines from one of my favorite quotes, often attributed to Goethe, but it’s widely debated. I don’t need to know who wrote it or said it to know how valuable it is. It’s likely an amalgamation of a number of quotes by various authors, but I still like it.

“Until one is committed, there is hesitancy, the chance to draw back. Concerning all acts of initiative (and creation), there is one elementary truth, the ignorance of which kills countless ideas and splendid plans: that the moment one definitely commits oneself, then Providence moves too. All sorts of things occur to help one that would never otherwise have occurred. A whole stream of events issues from the decision, raising in one’s favor all manner of unforeseen incidents and meetings and material assistance, which no man could have dreamed would have come his way. Whatever you can do, or dream you can do, begin it. Boldness has genius, power, and magic in it. Begin it now.”