Introducing The Power Of Others Podcast – Season 2020, Episode 1 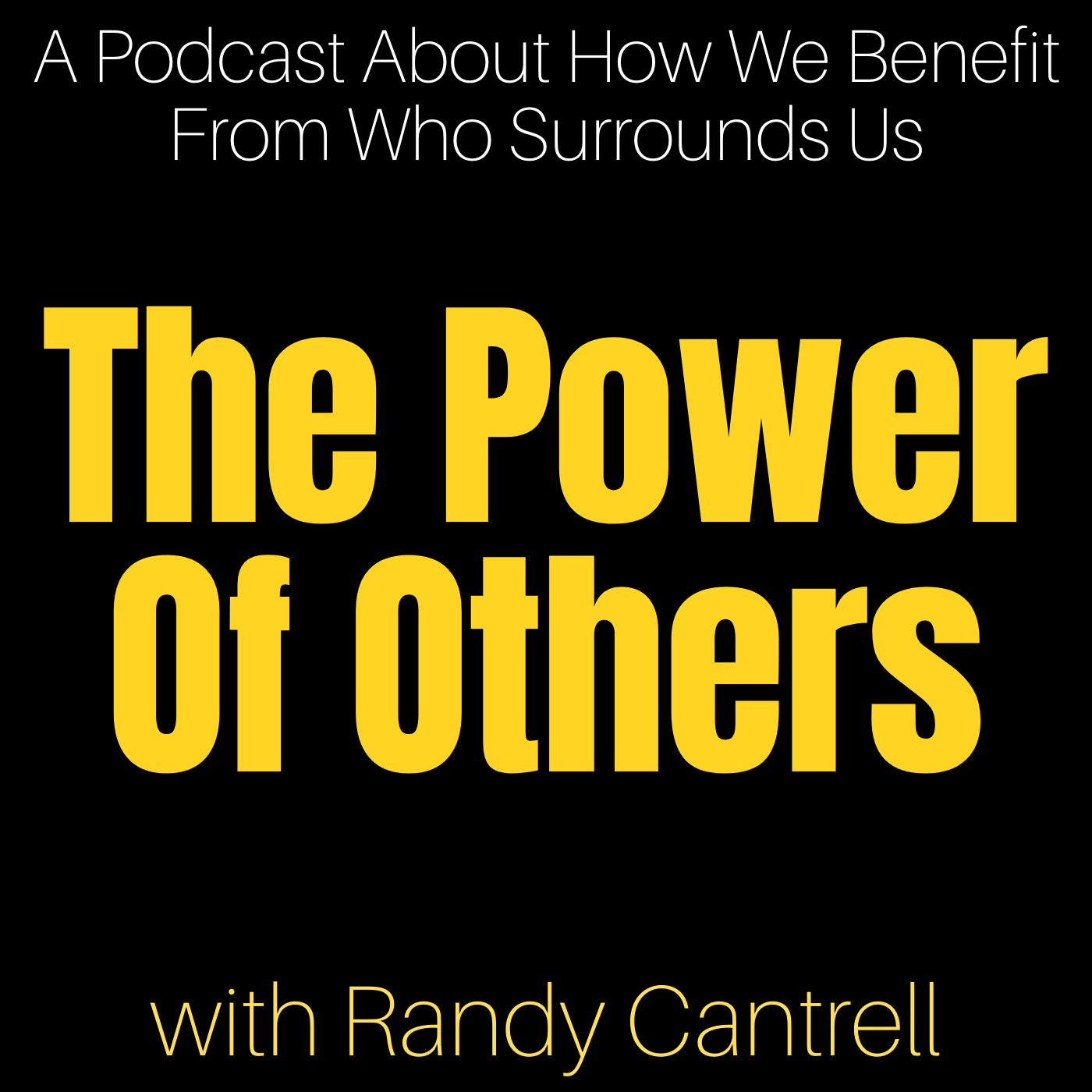 2020 is getting a lot of appropriate buzz as a year for clearer vision. It remains to be seen if we can leverage it the way we hope. According to U.S. News & World Report, 80% of New Year’s resolutions fail by mid-January. Other surveys report that well over 90% of all resolutions fail somewhere along the way as the new year progresses.

Due to the vast distinctions of resolutions, it’s tough to determine why they fail, but there likely are some general truths we can consider.

For starters, many of us decide to do something that we’ve never done before. Well, never successfully. Or to any degree. Even more so, we likely don’t alter our behavior. Doing the same things. Remaining in the same habits won’t result in a different outcome. And habits are very hard to change.

The old year ended professionally with a focus on disagreement. I had a number of clients who wanted to enter the new year with a focus (for some, a renewed focus) on crafting a culture devoid of blame. “That’s not our department’s responsibility,” isn’t something the leaders at the top want to continue to hear. But the blaming game isn’t limited to that phrase. Disagreement takes on many forms and faces.

I bring this up right here in the initial episode of The Power Of Others podcast because it demonstrates the point of this podcast so well. This is a podcast about how we benefit from who surrounds us. And yes, that can include those who disagree with us.

Benefit. That word is intentional.

I know we could easily focus on the negative side of the power of others. Bad company corrupts good morals according to the Bible. We’ve all seen it. Maybe even in our own lives. There’s positive power in teaching such lessons to our children and to ourselves. Be careful who your friends are. It’s wise advice.

I’m optimistic though. I prefer to lean into the sunlight of what’s possible if we just put our minds into active work. Benefits are possible – far more probable – when we put ourselves in the company of people who can help us grow.

The first disagreement that may serve us well is to disagree with ourselves. To question things we’ve long thought were absolutely true. To seek productive disagreement in our lives. Most of us will do everything in our power to maintain the status quo, even if the status quo isn’t working. We tend to hate change. Growth and improvement are often the most powerful forms of change.

It’s not about conflict. With yourself or others. It’s about learning that not everything is worth fighting. Not because we’re apathetic, but because life is more complicated than we first think. We like neat tidy packages of our assumptions and beliefs. But life is messy.

Culture is steeped in an “I’m right, you’re wrong” way of communication. It stems from the notion that we all feel completely right. We know, with great certainty, that the other person is wrong. Look inside yourself though and you’ll quickly see how complex it all is. You believe what you do for very complicated reasons. Even simple positions are fraught with complex drivers. Why don’t we ever assume it’s the same for the other side? Because we don’t want to make that assumption. It’s easy – and makes us feel better – to simply think they’re idiots who don’t know. They’re just wrong. And we’re right.

I’ve long used the scenario of a favorite milkshake flavor. What’s yours?

Mine is going to be chocolate, sometimes. Vanilla at other times. I’ll never pick strawberry. But I love strawberries and I love that flavor.

Why do you prefer one over the other?

I could easily judge you and think, “You’re crazy for picking vanilla when chocolate is so good.” You might think the same about me.

For you, there may be deep memories you’re not even aware of. Times when a grandparent took you to get ice cream and you wound up with a vanilla shake. Vanilla shakes have been the choice ever since, but you’re not consciously thinking of your grandfather. If you’re not aware of it, how can I be aware of it? It just is what it is.

It’s easy to think the flavor of a milkshake is stupid. Maybe…until you have to order one for yourself. Then you care which one you get.

When we shut down disagreement or we amp it up so nothing ever gets accomplished, we stymy growth and improvement. We dedicate ourselves to being stuck. And remaining stuck. Or we go backward. We regress.

We like to believe that most disagreements are important, but they’re not. Review your arguments with your spouse. Were they really large, important issues at stake? Not likely. More likely you argued over a chore, a meal, a relative or something rather small in the grand scheme of things.

We can get amped up over very small things because we rarely give thought to the prospect of being wrong. Alone all day every day with our thoughts, we know what we know. We think what we think. It’s all been worked out in our minds for as long as we can remember. Then somebody – anybody – takes a counter position and we react. Not with understanding. Not with the curiosity to understand, but with ferocity to defend what we think.

What if we’re wrong? What if we could be more right?

Do we seek affirmation of our correctness over our growth and improvement? Of course, we do. Too often. But is being right worth that enormously high price? Our personal development pays the price for our hardheadedness. It’s time to ditch our stubbornness and a refusal to leverage the power of others.

Stop battling everything. Approach the fight with a different mindset. Decide to seek victory for understanding. It will change everything. I know there are people in our country who actually believe some politicians want to destroy America. It’s a viewpoint. I don’t agree. I don’t agree with the approach some people take. I have a viewpoint, which is largely determined by being a capitalist. I’m fond of free and open markets. But I quickly acknowledge I don’t know enough to be a policymaker. I’m simply not interested enough and my overall viewpoint is, whatever happens in our nation’s capital or our state’s capital — I’m in control of my future. I choose to not blame my situation on our government, the economy or anything else. I could be wrong, but I choose to believe this because it serves me. I don’t struggle judging others who see it very differently. And I certainly don’t battle them. I know where my viewpoints come from and I’m happy to learn where others get their viewpoints, but it doesn’t impact my life really.

There are other things where I’ve sought greater understanding because my mind isn’t fixed and I’m curious to know what I don’t. So I surround myself with people who will question, challenge and share insights. In many instances like that my mind is changed. Sometimes completely. I went in thinking and believing one thing, emerging believing something very different. In short, I was far better for it.

Personal growth. Improvement. Those are the desired outcomes. For each of us.

I’m choosing to not be a victim of the politics that are clearly part of my life. None of us can avoid the governments where we live and operate. I believe my best play is to do what I can with my own life no matter what the politicians do or say. And honestly, I’m less interested in what they do and far more interested in what I’m able to do.

Facing a decision – sometimes a very big decision – I surround myself with people who I know want my best. People who love me enough to be truth-tellers. People capable of making sure I have no (or limited) blindspots. I often go into it thinking I’m going to do one thing, but after hearing their insights, questions and experiences…I often make a very different decision. Because I don’t resist or disagree with their efforts to help me.

I think it has much to do with our view of vulnerability. We too often hate being vulnerable.

In a word, it’s about being PRODUCTIVE. Another word, GROWTH. Yet another, IMPROVEMENT.

These are all positive, forward-moving things. Made possible only when we give ourselves permission or allowance to let others help us.

The podcast is going to change. Translation, grow and improve.

For starters, I’m planning on a weekly show. Once a week. I may do more. I may do less, but my goal is to bring you one show each week. I’m not sure what day of the week, but it may be Tuesdays. Why not?

I’m going to bring you stories and insights from others who have figured out how to leverage the power of others in their lives. By sharing their stories I know you’ll be able to better figure out your own forward progress.

I’m also going to bring you the insights from people who have spent time studying and looking more deeply at topics that are congruent with the power of others. Some of these will be folks who specialize in studying communication, leadership, group behavior and whatever else fits our theme.

I’ll continue to share my own insights and my own journey as I try to better leverage the power of others in my own life. All areas of my life: spiritual, personal and professional.

My plan for you is simple? Not easy, but simple. I want to help you figure out how you too can leverage the power of others so you can make better decisions faster and figure out how to grow and improve your life. Thanks for joining me on the journey.

Next post: Leverage Others To Be More Creative In Solving Problems – Season 2020, Episode 2