Today’s show is about two areas where we exercise our point of view and four questions that can make all the difference in our lives and our leadership.

First off, you should know I don’t fancy myself as a thought leader. I abhor that title, especially when people ascribe it to themselves. Even on my About page I say I often struggle to lead my own thoughts so I don’t really want the burden of trying to lead yours. However, I do very much want to help you figure out how you can learn, grow and improve your life and leadership. That’s always the objective. So let’s see if we can accomplish that today. Let’s see if we can do that every day!

The main ingredient for today’s podcast is our self-awareness. All of us prefer to think our self-awareness is spot on. We may tend to overestimate how accurately we see ourselves. We think we’re always right, even though we may be wrong. Why would any of us intentionally hold a wrong thought or belief or feeling? Well, it’s not because we know it’s wrong. It’s because we incorrectly believe we’re correct.

Self-awareness can also influence how we see others. We don’t often view others without thinking about how we’re impacted by our feelings or thoughts about them. That’s why all those gaps in our knowledge about others get filled in with assumptions. Our assumptions likely have more to do with us than we’d like to admit. Our assumptions can lean toward being more wrong than right as we craft stories that fit with what we most want to think is true.

The first viewpoint isn’t measured in rightness or wrongness. It’s like somebody asking you, “What’s your favorite flavor of milkshake?” You say, “Chocolate.” They say, “Well, that’s not right!” You like what you like. We prefer what we prefer. It’s our viewpoint and it has no accuracy component. It only hinges on whether or not we’re telling the truth. I suppose somebody could gift you a vanilla shake and ask, “Is vanilla your favorite?” – to which you might politely answer, “Yes. Thank you.” But really, chocolate is your favorite.

There is at least one area where this can be problematic. In my coaching sessions, it’s common for people to have self-limiting beliefs or viewpoints. A person may aspire to a higher position of leadership in an organization, but they struggle to see themselves as worthy of such an opportunity. Having never been in such a spot they wrongly think their inexperience at having held such a position before disqualifies them, never stopping to realize that everybody in that top spot had a first! These viewpoints aren’t preferences though. And rather than judging it as right or wrong, I prefer to judge it differently.

I’m fond of questions to help us gain clarity. Experience has taught me there’s a big challenge to questions though. That is, taking the time and effort to answer them. It’s particularly noticeable whenever we’re considering worst-case-scenarios. “What’s the worst thing that can happen?” We all ask it. Fewer take the time to answer it truthfully.

But today I’ve got four questions which are really just different aspects of the same question.

Ask those questions with regard to your favorite milkshake flavor and you can’t answer them. It simply doesn’t matter or make a difference. Our favorite flavor preference is neither constructive or destructive. It’s neither helpful or unhelpful. It just is.

I prefer to work one-on-one with clients or in very small groups. I have friends who have no desire for such work. They’d rather stand in front of a roomful of people and make a presentation. Or they’d prefer to be asked to deliver a speech.

I prefer to podcast, even though I enjoy writing. But I’ve never written a book. I have buddies who have written multiple books. They love writing the book and being published. It clearly doesn’t matter that much to me, else I’d have done it. Or I’d be doing it.

These viewpoints are important because they fuel our choices, but they’re above judgment because they’re uniquely our own. Anybody who wants to judge them does so at their own peril of foolishness. 😉

The second viewpoint involves our view of others. Let’s keep those four questions in mind because they can serve us to make all the difference. Positive differences.

I can lack knowledge or insights, but still, make some assumptions about you. I may choose to think you’re a jerk.

Let’s apply our questions to that assumption. It’s reasonable to conclude that if I make that assumption without sufficient evidence, then it’s destructive and unhelpful.

We’re not made better by thinking somebody is a jerk. But it could be that I’m fearful you may be a jerk even though you’ve done nothing to prove it. Maybe I hope to protect myself from some falsely perceived threat you pose. Maybe I misread your body language or facial expression or tone. So I think the worst, but it doesn’t serve either one of us. Especially if I’m wrong.

This viewpoint is one where the power of others can help us immensely.

Others can provide insights that can help us better understand and come face-to-face with our inaccurate assessments and viewpoints. I may foolishly think that my conclusion “you’re a jerk” is equal to my preferences, but it’s not. I could argue, “Yes it is. I prefer vanilla shakes and I prefer people who don’t act like he acts. He’s a jerk.” But I may have determined you’re a jerk based on something very slight and potentially very inaccurate. We do it all the time. We ask somebody a question and they provide us a one-word answer. We instantly think, “I don’t like him. He’s a jerk.”

Consider road rage. Somebody cuts you off in traffic. You’re steamed. You may flip them off. You may speed up to tailgate them. But you’re instantly thinking the worst of them. You assume they think they’re more important than you. That their time is more valuable than yours. Apply those four questions.

Such a thought isn’t constructive or helpful. It riles you up. Elevates your blood-pressure. It might even ruin your morning or your entire day. Meanwhile, the person who cut you off is on their merry way oblivious of any of that. You’re in essence doing yourself far more harm than that driver ever could.

But it’s your viewpoint. It’s how you’re choosing to see this event. And the other person.

What if they were racing to a family emergency? Would that alter your viewpoint? Yes. Instantly. But that’s not our default viewpoint. We don’t instantly think, “Poor guy. He’s got some sort of emergency.” And you know why we don’t tend to think like that? Because we don’t want to give that person some consideration they may not be worthy of. That’s called “grace,” and we’d rather not give grace to others.

Here’s the interesting thing to me. I will commonly ask folks, “Do you want or need grace from anybody?” Nobody ever says, “No.” Instantly we can think of all sorts of people from whom we want or need grace. Undeserved consideration. Perhaps undeserved forgiveness. Some people confess to craving it. Then why don’t we have a greater willingness to extend it? Good question. I have no solid answers other than to face the reality that it’s difficult. Doable, but difficult.

This is where we can help each other.

The power of others doesn’t serve us when it comes to whether or not you agree with me in loving Cajun food. You might think, “How can you eat that?” I may respond, “I love it.” Put me in a room of people whose aim is to convert me into a hater of Cajun food and it won’t matter. It’s neither helpful nor hurtful, constructive or destructive. And unless I surrender to peer pressure, it won’t work. Hint: it won’t work. I love Cajun food too much. 😀 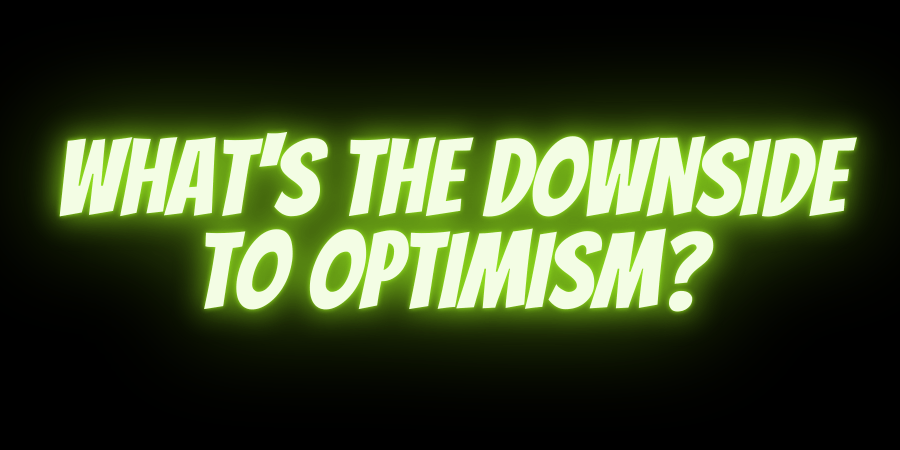 I’ve asked that question for years, especially to people prone to see life from the bleakest viewpoint. The only answer anybody has offered is, “You’ll be disappointed.” To which I say, “You’re going to be disappointed anyway. Besides, you can often find higher success through increased optimism.

But let’s get back to leveraging these questions to help our leadership and our lives.

How are either of us harmed if I choose to think you’re a nice guy – not a jerk?

You might surprise me at some future point and prove yourself to be a jerk. Okay, then what? Then I make a new decision whether or not I want to be around you.

Or you don’t surprise me and turn out to be a really nice guy. Then what? Then I make a decision to stick with my original decision and we develop a nice relationship.

Let’s apply this second viewpoint to something other than our assumptions about people. You may choose to believe that people who are achieving greater financial success have some special gift or skill. You, on the other hand, are just unlucky. It’s a viewpoint lots of people have. Is it accurate? They’re convinced it is. So it has become their reality.

The downside is obvious. They’re stuck in victim-thinking. They’re destined to remain in the unlucky life cycle. But what if other people – people they trusted and people who have only their best interest at heart – could help them see it differently?

What if others could show them their thoughts, beliefs, feelings, and actions are vastly different from successful people? What if others could help them see how they may be sabotaging their own success because they’re choosing to see their situations so negatively?

Mark Cuban once lived in a house that he shared with a bunch of other guys. Sleeping on the floor. Eating pizza and living the way a bunch of guys who can’t afford much lived.

Somewhere along the way – likely many different points along the way – Mark had to adjust how he saw things. Today, he has no trouble seeing himself as a billionaire because HE IS A BILLIONAIRE. But it wasn’t always so.

Mark Knopfler is one of my favorite guitarists, but you do realize there was a time when he couldn’t even chord a guitar, right? Today we see and hear the performances of a lifelong musician. We don’t see the countless days when he wondered if he’d ever be good enough to play in front of people. Somewhere along the way, he changed his viewpoint. His thinking changed as he learned, grew, and improved.

Somewhere there’s a person playing the guitar hoping to make it big, but they’re not that good. Convinced if they could just get to Nashville, they’d become a major success. Are they deluded? Maybe. Nashville is filled with wannabe stars who lack the talent, skills, or hustle to make it big.

Somewhere there’s a leader facing a new challenge. They’re not sure what to do, but they have some ideas based on assumptions they’re making. Are they deluded? Maybe.

Asking and answering these questions can assist us in thinking more clearly, seeing things more accurately, and mostly, in making wise choices that will serve us and others. And that’s what leadership is all about…making a positive difference!