the customs, arts, social institutions, and achievements of a particular nation, people, or other social group

Corporate culture refers to the beliefs and behaviors that determine how a company’s employees and management interact and handle outside business transactions.

It’d be easy to take issue with that last part about handling outside business transactions. But the site goes on to list a key point about company culture…

Corporate culture refers to the beliefs and behaviors that determine how a company’s employees and management interact.

Personally, I prefer to just use that key point as the definition. Simply put, culture is the beliefs and values that determine behavior and decision-making.

Culture is the beliefs and values that determine behavior and decision-making.

Think of culture as the operating system of your organization. It’s the architecture upon which decisions and actions are based for your team, your division, your organization or your business.

Some take issue with me putting culture on the list. They argue that culture isn’t something you do, but it’s something that’s created. To which I simply ask, “By whom?” Who do you think is most responsible for creating the culture that best serves the operation and the people in it – no matter if they’re inside it or outside it? Employees or customers?

I started playing tackle football in 5th grade. When I was growing up there was no flag football. By the time I entered high school I was growing increasingly interested in other things. But my buddies and I who had played together for years all hit the football field for the first spring tryouts. It was a less than stellar outing.

The coach stood before us and made what I thought was a ridiculous declaration. Here at Buba Gump High School (no, that wasn’t the name of it) we use the 3-point stance. He then commanded us to all get down into a 3-point stance. We did. I had a smile on my face. A “you’ve got to be kidding” kind of a smile.

He at least knew who I was, which may not have played to my favor.

He then starts lecturing us on the physics of the 3-point stance. Now, I was no physic whiz kid, but his next statement tickled me. “Whichever way you take a man’s head, that’s the direction he’ll go.”

Well, chop my legs off and call me, Shorty! Amazing.

That’s when it went south for me.

The next thing I knew I was joining a few other guys running laps around the field. Yes, I was smiling with every stride. It was my final football practice. I figured any coach that stupid wasn’t worthy of my athletic prowess. 😀

However, there’s a lesson in all that coaching rhetoric. Leadership determines the direction of the culture. “Whichever way a company’s head goes is the way the company will go.”

Since it’s the operating system behind everything it’s the culmination or apex of the principles.

Compassion leads to Connection which enhances Communication which enables Collaboration which results in establishing and maintaining the Culture we want.

Beliefs and values – they’re the stuff of culture. They drive you. They drive the people on your team. You could approach the topic of leadership and culture from a number of angles, but the one I find most helpful is character strengths. These are broken out like this by the researchers at The VIA Institute on Character, a non-profit organization. They list 24 character strengths. 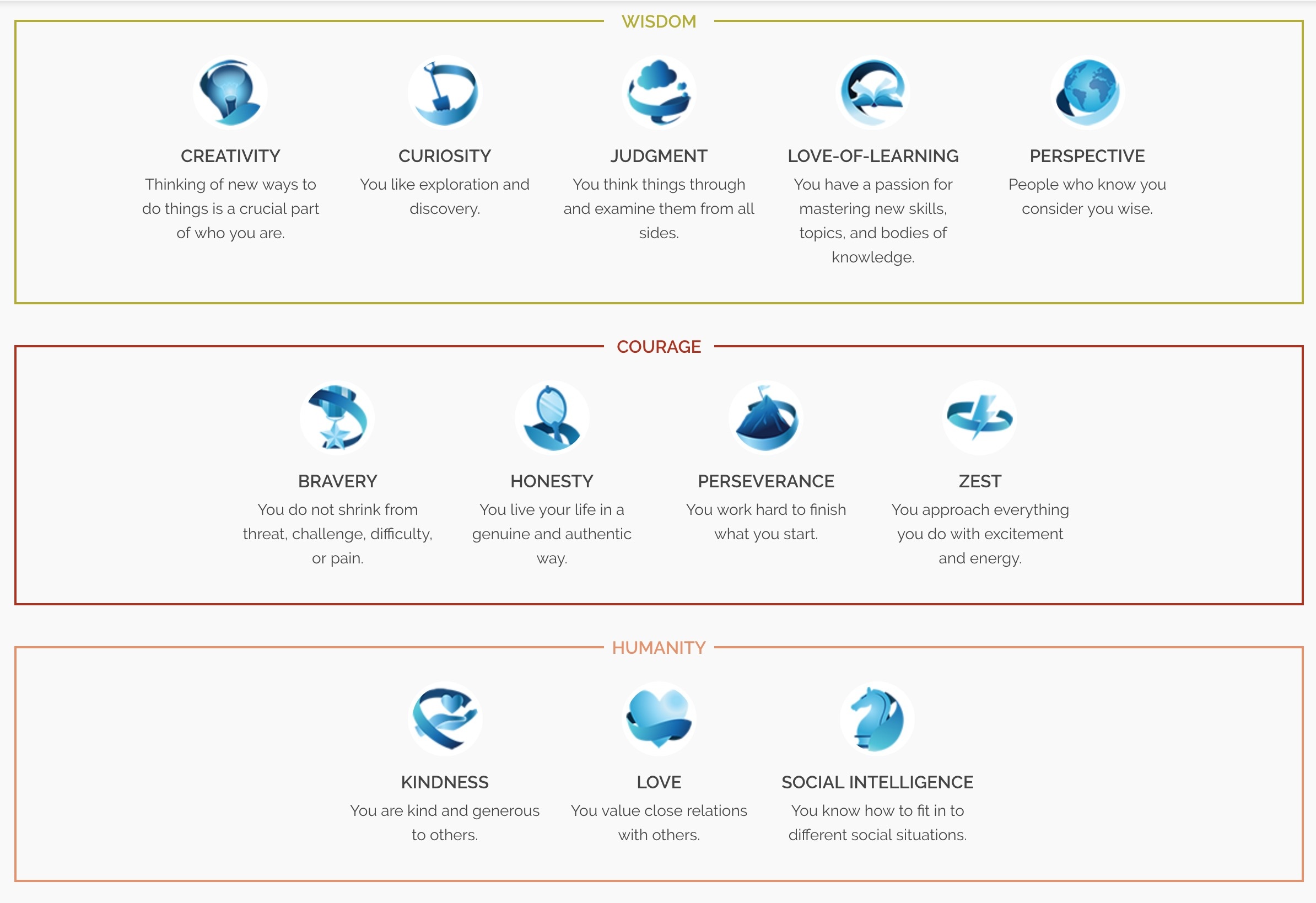 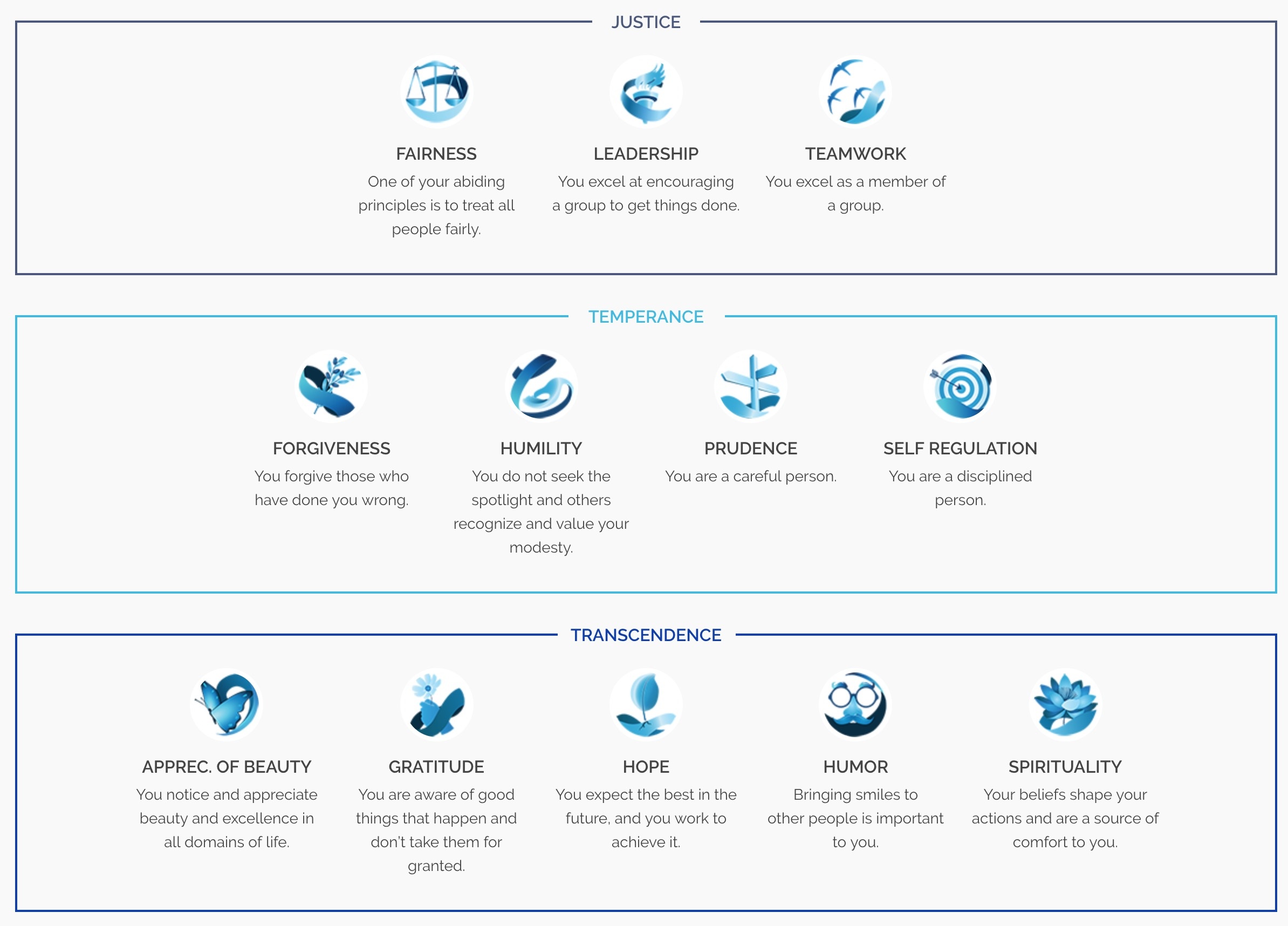 The thing about character strengths is they are what they are. They’re subject to change over time, but they give us a solid snapshot of who and where we are right now. It’s not some fanciful, what-I’d-like-to-be thing. It’s an accurate depiction of our current operating system.

Why does that matter? Because as the leader you drive the culture of the team. Just like Jim “Monty” Montgomery started driving the culture of the Dallas Stars hockey club almost a year ago. It’s what a head coach should do because Monty is doing his best to serve the organization by serving the players under his leadership. It’s his job to help them reach their potential. Hopefully, all the way to being able to hoist the Stanley Cup. The team is a proper reflection of Monty’s character strengths. When the players and the coach have aligned character strengths, then that whole “buy in” thing we all talk about happens. When the leader and the team members don’t have congruent character strengths buy-in is difficult, maybe impossible.