Two extremes. One is our tendency to notice things just like the things we own. If you drive Limerock Edition of a BMW M3 you’ll quickly notice anybody else driving the same car. That flashy orange is easy to spot. But you don’t have to drive something quite so exotic. You’ll notice every car on the road that is identical to your. 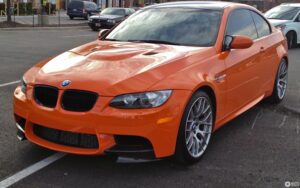 Another extreme is our tendency to notice things out of the ordinary. They stick out. Okay, to be fair, the Limerock Edition of the M3 will stand out as extraordinary…so if you own one it fits both of these extremes. One is sameness. The other is differentness.

We’re all unique and as Angela Maiers is so fond of saying, “You matter!”

Yet we all feel we’re so different. Sometimes we even feel like nobody knows or understands what we’re going through. Intellectually we know that’s not true, but our feels are quite real all the same.

You could certainly make an application to these extremes in this current social unrest brought about by racism. Nothing new about racism. I’m in line at the bank drive-through and notice a bunch of pigeons. They all look the same. There’s about 6 of them. In flies one that is a very light tan color. The rest of them were dark grey. He or she (I can’t tell if a pigeon is male or female) was different. They clearly noticed. They didn’t misbehave, but you could tell the grey ones stuck closer together. I’ve seen such things before though even though I’m not an anthropologist. 😉

Creatures, including humans, notice differences. Sadly, as people, we have the capacity to more fully understand the differences…than say, a pigeon. I could be wrong about that, but I don’t think so. I’m basing that on my assumption that humans have higher intellectual and communication abilities than pigeons. 😀

Asking questions in hopes that we might better understand is key.

Here’s the fascinating thing about the quest to understand differences — we tend to understand that we’re not so different after all. We have quite a lot in common. As for the differences, they can expand our ability to think, understand, and have compassion.

I’ve seen a number of stories written chronicling people of different races who have, for the first time, engaged in sober conversation with somebody of another race. The conversation topic? The current focus on racial inequality. Many of these stories end with both people admitting they had never had such a conversation and never had an understanding of how the other person felt. Or known what that might be like, to be the other person. And in every story I’ve read both parties concluded they had quite a lot in common in spite of the vast differences of their life experiences. Both are still human and experience all the same human emotions common to us all.

“Nobody knows the trouble I’ve seen,” is the refrain of that famous song by Mahalia Jackson. It’s a hymn that mostly speaks to the truth that Jesus knows. But the other truth is, many other people do know – and do understand. We just don’t often enough talk with each other with the aim of truly understanding each other so we can learn to be more kind toward one another.

What do we have in common?

Something else we have in common – the capacity to do better. The only way to be better is to behave better. The road to kindness is paved with being kind. Nothing more. We can’t think about being kinder. We can’t wish it. We can’t plan on it. We just have to make up our mind to be more kind – and that will result in our doing the things that kinder people do.

We have far more in common than not. But sometimes we relish a focus on our differences hoping to feel superior to one another. It’s not the differences that separate us, it’s pride, arrogance, and self-centeredness. It’s that notion that I’m sure happy I’m not you…because I’m better than you.

It makes us feel better about ourselves. Superior. And yes, that fosters bigotry of all kinds – not just based on race. There’s plenty of bigotry to go around. Intellectual. Social. Financial. Racial.

“And he spake also this parable unto certain who trusted in themselves that they were righteous, and set all others at nought: Two men went up into the temple to pray; the one a Pharisee, and the other a publican. The Pharisee stood and prayed thus with himself, God, I thank thee, that I am not as the rest of men, extortioners, unjust, adulterers, or even as this publican. I fast twice in the week; I give tithes of all that I get. But the publican, standing afar off, would not lift up so much as his eyes unto heaven, but smote his breast, saying, God, be thou merciful to me a sinner. I say unto you, This man went down to his house justified rather than the other: for every one that exalteth himself shall be humbled; but he that humbleth himself shall be exalted.”

Context matters. Pharisees were very righteous people. Well, to be accurate they could be known for feeling superior to everybody else. They largely enjoyed being noticed for being more spiritually superior. Publicans on the other hand were tax collectors. As a group, they were generally corrupt because they’d take bribes and behave with greed. But the fact is, both groups are just like any groups. We could make generalizations about them as a group and we might miss the mark horribly when it came to how any individual Pharisee or Publican might really be.

The story, told by Jesus, isn’t specifically addressing that truth, but He is addressing how we think about ourselves and how we view others. I came across something interesting a few weeks ago that speaks the truth of this parable. 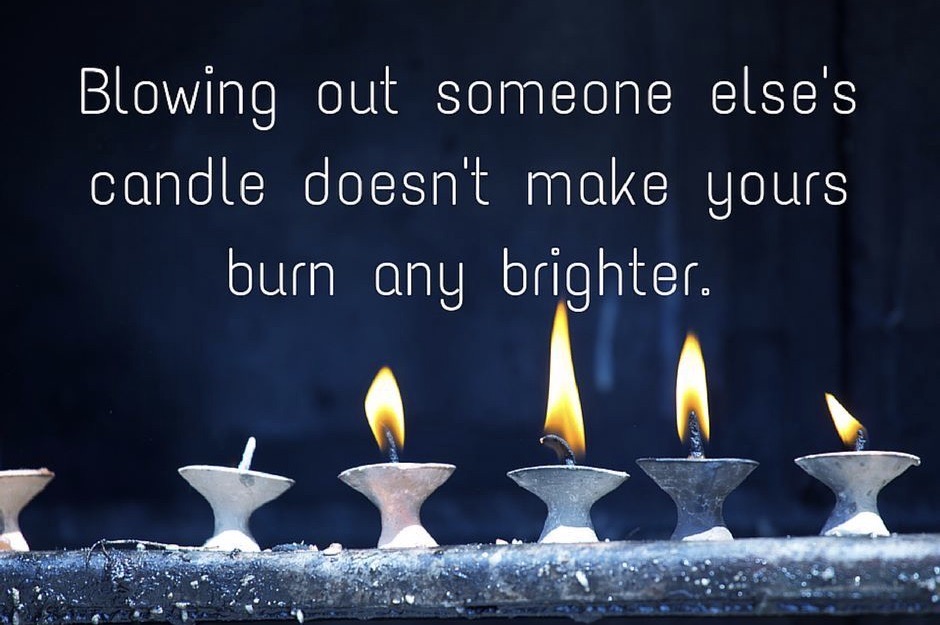 But still we blow on other people’s candles, fooled into thinking if their candles go out then our candles can’t help but shine more brightly. That’s what the Pharisee thought. He was fixated on his life and had no concern for the Publican. And he was surely guilty of judging the Publican in general and not as an individual.

The parable of the Good Samaritan in Luke 10 perfectly illustrates the same thing adding to it the answer of how we ought to behave toward each other as neighbors. When the pandemic began I started a YouTube playlist of sermons and this was the first one I published, entitled “A Certain Samaritan Answers The Question, “Who Is My Neighbor?””

Our experiences differ, but even in those differences are similarities. I’m an old white guy. I don’t know what it is to be pulled over by police because I’m black and the cop thinks I’m out of place. But I do what it feels like to be treated unkindly and to be misjudged. I do know what it feels like to be mistreated and misunderstood. Those are common to all of us. Which makes the current situation more frustrating. That some among us can’t seem to find the path forward to understand that just because I haven’t had that specific experience doesn’t mean somebody hasn’t. Nor does it mean that I can’t understand it enough – even though I haven’t experienced – to imagine what it might be like so I can elevate the compassion I feel toward the person who has experienced it.

I talk quite a lot about how we can benefit from surrounding ourselves with others who have a different experience, different insights, and different viewpoints. All true. In my opinion. But perhaps the greater power is our ability to surround ourselves with others who will embrace the curiosity and communication necessary so we can all learn from one another and teach one another just how much we have in common.