Writing your story means architecting your life. Living the life you most want to live. Hopefully, that means being as good as you can be.

Today, we’re thinking about telling our story. We want to pursue our ideal outcome and give high effort to growing and improving. We also want others to accurately comprehend (understand) our story.

Misunderstandings are common. Up and down every organization. People get pegged as somebody a bit differently than who they really are. The false assumptions don’t have to be dramatic to have a negative impact. Even slight misconceptions can derail a career.

Are you responsible for people misunderstanding you? Yes. Remember the power of the corner, the mirror, and moving forward. You refuse to make excuses and you accept responsibility for everything! Again, we’re not finger-pointing. We’re working to find a path forward in our life. Can people still get it wrong in spite of our best efforts? Yes. But that’s on them. What is on us is giving it our best effort to help them get it right. We’re all able to do what we want – including people who are determined to think the worst or get it wrong.

Consider the options here. You can refuse to accept responsibility for helping others understand – accurately comprehend who and what you are – and some people will innocently fail to understand because you didn’t do your best. Had you done better, they’d have better understood. The folks determined to judge you harshly will likely always judge you harshly no matter what you do. Question: Should you still do your best? Of course. Because it’s the right thing to do.

Words matter. Be sure you’re telling your story with language that helps people understand, especially your boss (and frankly anybody else you’d like to influence).

Don’t be lazy. Or irresponsible. Remember, this is the story you are writing and influence is all about people reading, seeing, and understanding your story. We’re talking about your life. Professionally and personally.

Imagine Stephen King writing a great story. That is, he has in mind this awesome story that he knows will be as compelling as anything he’s ever written. Unfortunately, in an uncharacteristic fashion, suppose he fails to write it as clearly as he usually does. The story is terrific. He just fails to do his usual world-class job of telling it. Is it his responsibility or the reader’s responsibility to get it right?

You must be the guardian to YOUR story. That means you have to handle it with the care it deserves. It’s in your best interest – and in the interest of the positive influence you want to have – that you take telling your story seriously.

The easy excuse is, “Well, that’s not my problem.” Maybe it’s not your problem, but it is your responsibility.

Consider Cindi, a VP of a software company that specializes in accounting for aerospace manufacturing. Cindi reports to the COO, the Chief Operating Officer. She is smart, capable and according to her boss, Kelly (the COO), “She’s not taking seriously enough building her team.” Kelly wants to help Cindi add some skills to her leadership, but she’s got a story built of how Cindi operates. Kelly believes Cindi views people development as a task to be completed. Kelly views it as an ongoing endeavor, one she’d like every member of her leadership team (about 7 direct reports) to make part of their ongoing work. The CEO is very intent on having a team that grows together because he believes part of the company’s competitive strength is having people who are learning together year after year. Regularly, he preaches about the power of continuity. Kelly fears Cindi doesn’t fully understand that directive or may not know how to achieve it in her department.

Cindi is a high achiever. She has a reputation as somebody who will get the job done. Quickly, efficiently and effectively. People like her, too – which helps. She also has a reputation as somebody is knocking off a to-do list as well as anybody in the company. Turns out, Cindi does need a bit of help in the people development part of her job, but mostly, she needs to work on how others are reading her story.

She is bringing along two people who are part of her leadership team. They report all sorts of things Cindi does personally to help them grow and improve. It’s clear they have great respect for her and both indicate she’s among the best bosses they’ve ever had. I start getting a different story from the story the C-suite knows.

Over time it becomes apparent that Cindi is so intent on acting proactively that her speed is causing her to spend no time – I mean NO TIME – in making sure she’s accurately even telling her story. I’m not talking about bragging or looking for accolades. I’m talking about simply being informative to her boss, Kelly. Cindi admits she has never considered sharing some things with Kelly. “I never thought that was important. I just let my work speak for itself,” she says.

Her work isn’t speaking for itself though. People are drawing conclusions that aren’t quite accurate about Cindi’s work in making sure her department has the bench strength so important to the CEO. At first, Cindi is put off thinking this is so ridiculous, but she quickly realizes her best response is to kick all the excuses to the curb and focus on doing what is best for the company, for her boss, for herself, and for her team. By accepting responsibility for the way others “read” her story, she now feels more in control of the narrative. And understands that writing is just part one. Part two is telling it in a way where everybody has the opportunity to truly understand it.

Cindi learns that telling her story is her responsibility. She starts learning how to tell it so Kelly, her boss, and everybody else, understand it better. In fact, within 30 days Kelly reports that she’s noticing Cindi’s progress. “I can tell she is starting to take more seriously ensuring the continuity of her team,” says Kelly, Cindi’s boss. Truth is, Cindi is putting on the work to get better at that, but mostly, Cindi has changed how she’s telling her story, and the influence she now has – and her narrative – is changing because of it.

Sometimes it’s important for us to change the story we’re writing (by crafting our ideal outcome). Sometimes we need to alter the way we’re telling our story because people aren’t quite getting it right. Write your story well. Tell it even better! 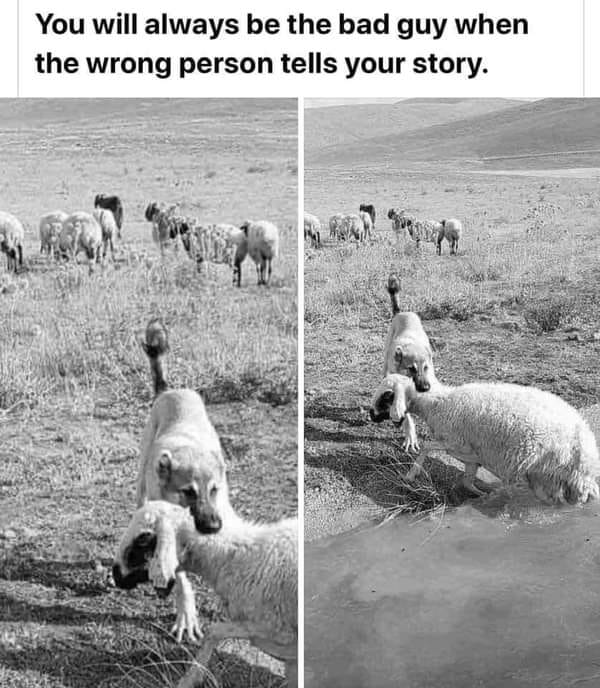 …or if you fail to tell your story well.