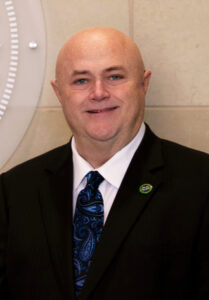 Tom Hart has served as Grand Prairie City Manager since 1999. Prior to that, Hart was Assistant City Manager and later City Manager in Euless for 16 years. He was one of the youngest city managers in the history of Texas when he served as City Manager in The Colony from 1978-1981. Known for his attention to world-class customer service and innovative management style, Hart created the city’s popular and successful mission to “create Raving Fans by delivering World Class Service.”

Today, I join Tom in his new office at a beautiful city hall. We talk about leadership and culture, two key ingredients for Tom’s success and ongoing quest for excellence.