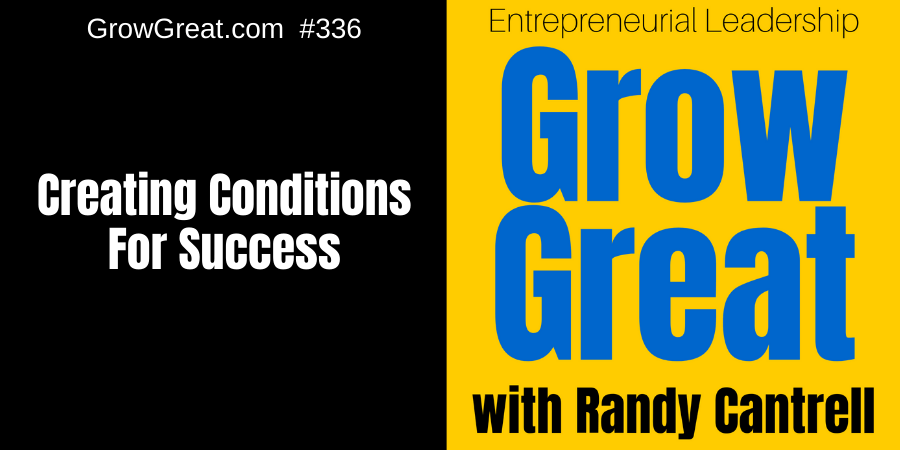 No, it’s not a secret. There are no secrets to success. It requires hard work, preparation, skill, talent, timing, serendipity, and good luck. I’m probably leaving something out, but you get the idea.

I live in Tornado Alley. Tornado activity is highest in the Spring, but within the last month, we had extensive damage from tornados here around Dallas. Tornados are largely unpredictable, but certain conditions are necessary. Meteorologists armed with hi-tech devices can spot cloud rotations when conditions are favorable.

Success is like that. Largely unpredictable, but it requires certain conditions.

Many of us are attracted to the outliers, those one-off instances where success “just happened.” People can dissect those and try to figure out how to replicate it, but it’s a waste of time. Sometimes things just happen. You don’t want to devote your life to hoping something good will “just happen” though. It’s better to create conditions favorable for success.

Success. You define it.

Let’s begin with how you define success. It doesn’t matter what anybody else thinks. You have to decide for yourself. It sounds stupid until you pause long enough to think about it more seriously. Lots of people pursue generic “success.” They really don’t know what that means. It just means something better than what they’re currently experiencing. All they know is that THIS ain’t it. Success is THAT.

Well, you need to define that. Put a number on it. Put an accomplishment on it. Measure it somehow.

I’ve known people with high-end careers who had a side project they loved far more than their career. While others would likely see them as successful (because they had a high paying job), they were pursuing their own definition of success to get their side project where it could gross $70,000 a year so they could ditch the job. Exchanging a big 6-figure job for a $70K passion project may not be how you’d define success, but for him…it was THE GOAL.

I’ve known CEOs who felt anything short of a double-digit revenue increase would be a failure. And I’ve known other CEOs who defined success as a 3% increase. To each his own.

They’re not the same. Entrepreneurs more than most have their personal success and company success closely tied together. They’re still different. You aren’t your company. You think you are. It often feels that way, but no matter how intertwined your life is with your company – they’re different. Respect them both. Respect them both enough to define success for them separately.

The first element to improve conditions for creating success is optimism. I list it first because of everything that stems from it. Believe the best. Start with thinking the best. You may as well because there’s no downside. We’re not talking about guarantees…we’re talking about improving the conditions for success. Anybody who thinks success is more likely in a pessimistic environment, raise your hand (and go stand in the corner with your dunce cap on). 😉

The next element necessary for creating favorable conditions for success is honesty. You can call it authenticity or integrity, but it boils down to being honest. An environment where the truth is reverred is much more prone to succeed than a culture based on lies or deception. Unless of course, the measure of success is to get away with criminal behavior.

Add safety. A judgment-free zone that fosters people speaking their mind, and being truthful because they know how valuable honesty is for everybody. If there are ramifications for honestly expressing oneself, then the conditions more favorable for failure than success. People must feel safe to contribute. And everybody must feel safe enough to be wrong.

Now add preparation. There’s a lot to this, but let’s just focus on putting in the work necessary to give our success the very best chance. That means we think carefully through the options as we prepare the best course of action. This is why safety precedes this. Preparation can’t be done in a vacuum. We need others to more fully prepare. Maybe preparation involves consensus building. Maybe not. It depends. You can figure that out. No matter what though, you must prepare fully to give yourself the best opportunity to win. Shooting from the hip is sometimes necessary, but more often than not it’s foolish…resulting in shooting only your foot (or worse). Plan your course to give yourself a more ideal opportunity to hit what you’re aiming at.

Execute the plan as quickly as you can without advancing unprepared. Don’t go off half-cocked. Once you’ve got a plan you fully believe in, move. Fast. Everybody has to do their part. Don’t accept passengers. No role is too small. Everybody is significant. Make sure each person understands how their role fits into the plan.

Adjust even more quickly. Plans are made to be adjusted. They’re mostly just a starting point from which to measure and make adjustments. Measure, measure, measure. Is the plan working as you thought? Is it going south? Figure out what can be done to improve it. Commit to the adjustments. This is important so the team knows you’re more committed to the conditions for success than the plan.

Own the outcome. This is your parade. Lead it. Don’t blame anybody or anything. As the conditions for success become increasingly more apparent, praise the team for creating those conditions. Focus intently on how important it is that your organization always be preparing for victory by having a culture that fosters success. When things don’t go as planned, that’s on you. Accept responsibility. Let the team know it’s not acceptable to ever damage the conditions for success. Apologize when you need to and commit to do better.

Create and ride momentum waves. Sometimes they appear out of nowhere. Jump on them. Sometimes you have to paddle like crazy to find them. Whatever it takes to create or find a momentum wave, do it. Then urge everybody to stand up on their board so you can ride it together for the time of your life.

Success may sometimes be an accident, but more often than not it’s the result of conditions that foster it. Give yourself the best opportunities to succeed by making failure impossible to survive in your culture. Much of the time success is more about pushing out failure than anything else. You want to give success all the oxygen possible while simultaneously starving failure of any fuel at all.