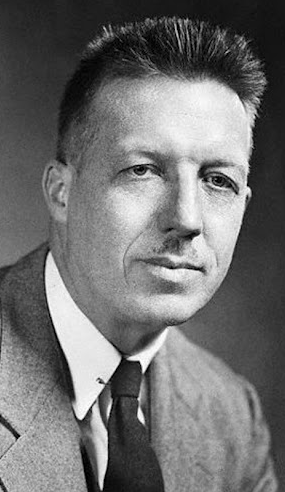 Douglas McGregor was a founding faculty member of MIT’s Sloan School of Management. In 1960 he published, “The Human Side Of Enterprise.” The book is most noted for introducing the world to Theory X and Y. Simply put, Theory X assumes workers are lazy and unambitious while Theory Y assumes workers are internally motivated, want to do good work, and will strive to improve.

I was happy to run across this book when I was still quite young. It was the mid-to-late 1970’s. By then the book was almost 2 decades old, but it reinforced what I had hoped was true. There was a better way to manage work and lead people.

I had learned that bosses were mostly tyrannical barking out orders and riding people hard in order to get the work done. I was well into my 20’s before I ever experienced a boss who offered any encouragement or practical coaching. Up to that point, every boss I had was a jerk. Self-centered. Uncaring. Greedy. Autocratic.

For years I had stuck to the notion that there must be a better way, but I had no proof. Until McGregor’s book showed me I might be right.

In all fairness, much of my speculation was born from my Christian faith. Kindness evidently had no place in business as I had experienced – especially between boss and employees. But I knew that was required if I was going to practice what I believed as a Christian. Yes, it was incredibly difficult to be kind to the boss and most of us did it only because we were afraid.

McGregor was the first person to apply behavioral science to business. It seems strange to us today to think that psychology and how people think and behave wasn’t really part of human management theory until Douglas McGregor focused on human behavior so intently.

He believed that as society grew more complex and technology expanded to provide more competitive advantages, that people would grow increasingly more critical to make groups successful. In 1960 he thought we were not even close to approaching maximizing the potential in human behavior. Sixty years later, and I could easily argue that not much has changed in many circles.

“Strictly speaking, the answer to the question managers so often ask of behavioral scientists — ‘How do you motivate people?’ — is, ‘You don’t.’ Man is by nature motivated.”

McGregor wrote that in an essay entitled, “The Manager, Human Nature, And Human Sciences.” He believed we needed to think about the problem differently if we had any hope to solve it. Namely, it meant treating people as individuals, knowing that each one has his own set of values and internal motivations. Organizations are living organisms comprised of people who want to learn, grow and improve. It was McGregor who pointed out how we’re all defined by how we think so he urged business to change our assumptions about people – Theory Y was a major shift from Theory X, even though McGregor felt both were two sides of the same coin.

If Mr. McGregor were alive today – he died in 1964 – he’d likely see a world more receptive of his ideas than ever before. He saw the future, an ideal future. And that’s my main point today. To encourage you to see the ideal outcome for your group, team or organization. Especially as it pertains to the people who are inside.

As you read McGregor – something I strongly encourage you to do – you’ll find it remarkable that these ideas were crafted by a man who lived when autocracy, hierarchy authority and viewing people as merely interchangeable parts were the norms. In some places they still are. Sadly.

He wrote this in The Human Side of Enterprise…

“Managerial practice appears to reflect at least a tacit belief that motivating people to work is a “mechanical” problem. There are certain similarities between this view of man at work and Newton’s Law of Motion. To a considerable degree, man has been perceived to be like a physical body at rest. It requires the application of external forces to set him in motion – to motivate him to work. Consequently, extrinsic rewards and punished are the obvious and appropriate “forces” to be utilized in controlling organized human effort.”

McGregor knew there was a better way. A simpler way. A more human way.

He felt managers should behave more like gardeners than tyrants. It was, he argued, their job to grow people because people are organic, living things – fully capable of growth, improvement, renewal, adaptation, and change. It’s not about fixing people, but it’s about helping people become better!

Much of what McGregor preached could be boiled down into the word “relationships.” We need each other. Learning to leverage the power of others in our life – and our ability to help others by letting them leverage our service in their lives – it makes an enormous difference in our lives. It’s our ideal path forward. It’s our ideal outcome.